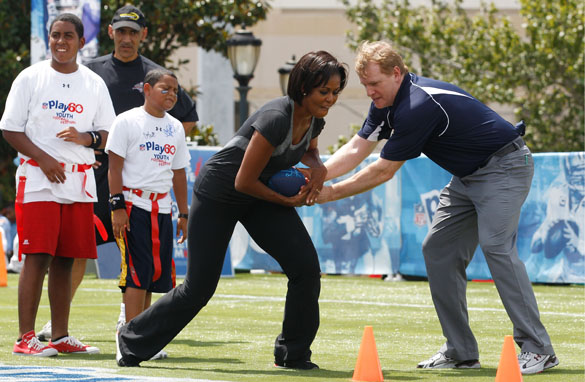 First lady Michelle Obama gets the football from NFL commissioner Roger Goodell during a drill September 8 during the NFL's Play 60 campaign to fight childhood obesity at Brock Elementary School in New Orleans, Louisiana.