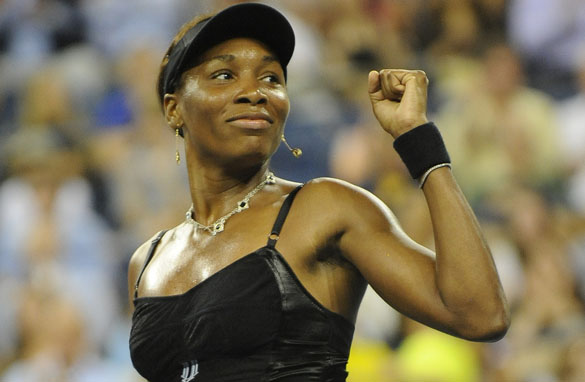 US tennis player Venus Williams reacts after winning against Italy's Roberta Vinci during their first round match at the US Open 2010 tennis tournament August 30, 2010 in New York. (Photo credit: EMMANUEL DUNAND/AFP/Getty Images)

Viewer
Tammy from Sacramento, CA
"Venus Williams says 'take that' to Michelle Obama for a different kind of Arms Race...."