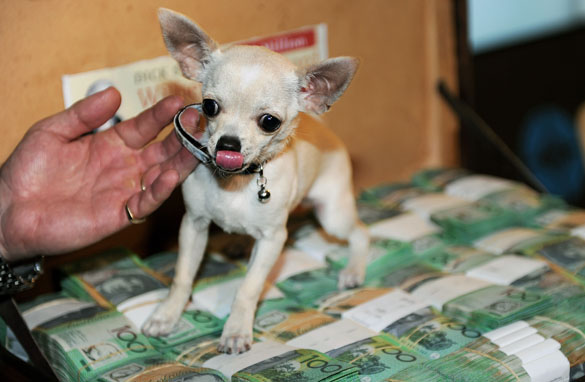 Staff:
Graham Flanagan:
"Paris,
If you ever wanted to see Tinkerbell again, it’ll cost ya’ this much. "

Viewer:
Orla from California
"Finally the answer to 'How Much is That Doggie in The Window?'"