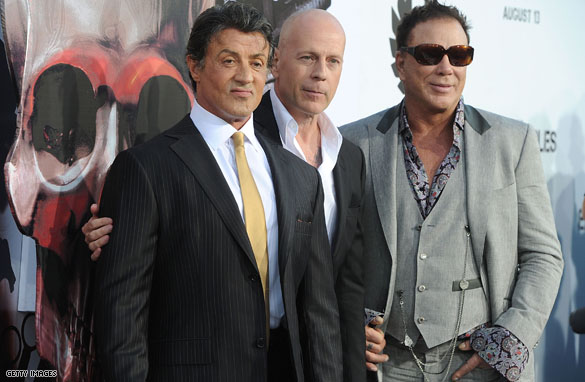 Actor/director Sylvester Stallone, Bruce Willis, Mickey Rourke arrives at the Premiere Of Lionsgate Films' 'The Expendables' at the Grauman's Chinese Theatre on August 3, 2010 in Hollywood, California.