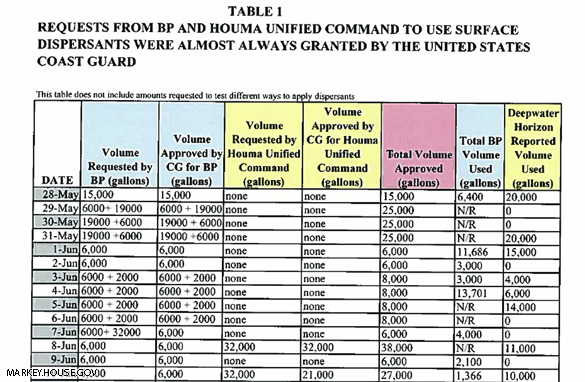 Allen noted that the decision to use the dispersants does not rest with BP; rather, "it's a decision by the federal on-scene coordinator," he said in describing a "very disciplined process."

Despite a federal directive restricting the use of dispersants, the Coast Guard routinely granted exemptions, said Rep. Edward J. Markey, chairman of the House Energy and Environment Subcommittee.

In May, the Environmental Protection Agency, along with the Coast Guard, ordered the oil giant to stop surface application of the chemicals during the oil spill except in rare occasions, according to a House subcommittee on energy and environment. 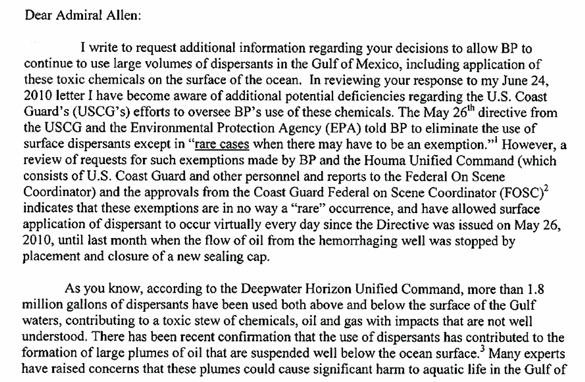