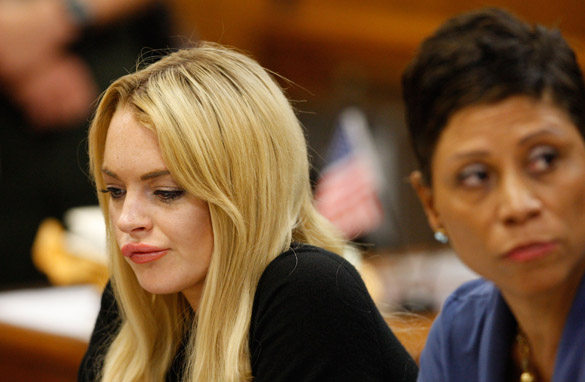 Actress Lindsay Lohan (L) and lawyer Shawn Chapman Holley attend a probation revocation hearing at the Beverly Hills Courthouse on July 6, 2010 in Los Angeles, California. Lindsay Lohan was put on probation for her August 2007 no-contest plea to drug and alcohol charges stemming from two separate traffic accidents, but the probation was revoked in May 2010 after missing a scheduled hearing. (Photo by David McNew/Getty Images)