Field Report: 'A Whale' in the Gulf

Correspondent Ed Lavandera, photo journalist Phil Littleton and I got onto "A Whale" by a basket or "man hoist" hanging on like kids on a playground cargo net. A Whale is three and a half football fields wide, a football field long, seven stories above water and three below. They've reconfigured it in Portugal with gates or inlet openings called jaws and the ship's brain trust thinks it can suck up and skim gobs of oil in unprecedented numbers. They say the skimming capacity could be 250 times of a small fishing boat trying to skim in the gulf.

When you walk around the monstrous vessel, you get a sense for the international community's will to help. The ship is owned by Taiwanese tycoon, and run by a 32 man crew from India, and was built in South Korea in 2010.

We navigated through the entrails of the ship, rainwater dripping in dark tunnels like something out of the "Alien" movies. The crew, polite and enthusiastic, thinks they can be a huge help in the Gulf by skimming all that oil through the gates.

Now what they want is permission to turn "A Whale" lose on an ecological disaster and start skimming. 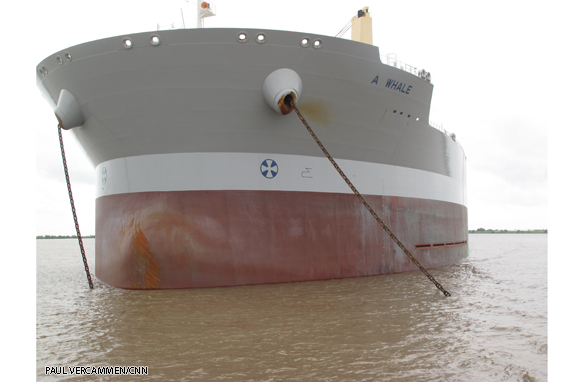 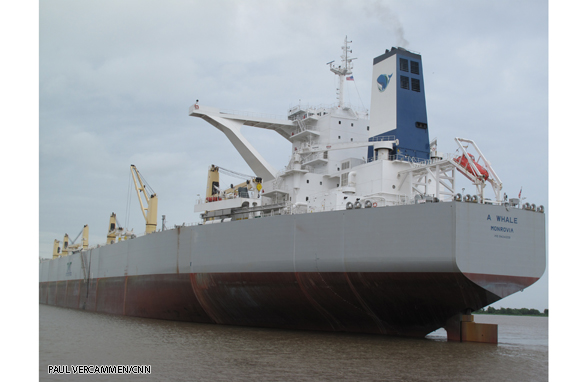 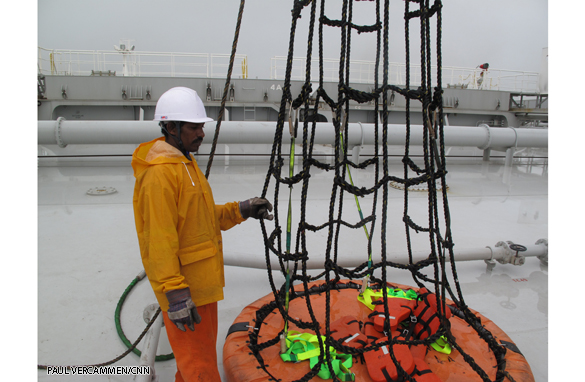 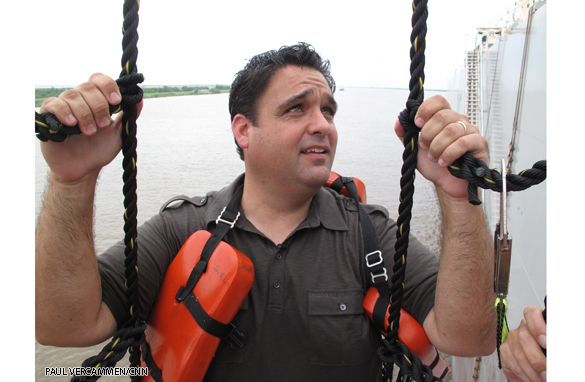 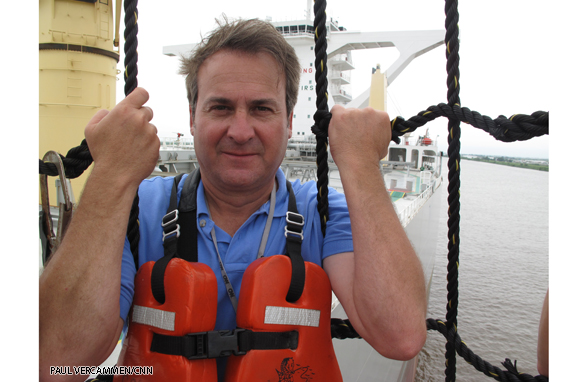 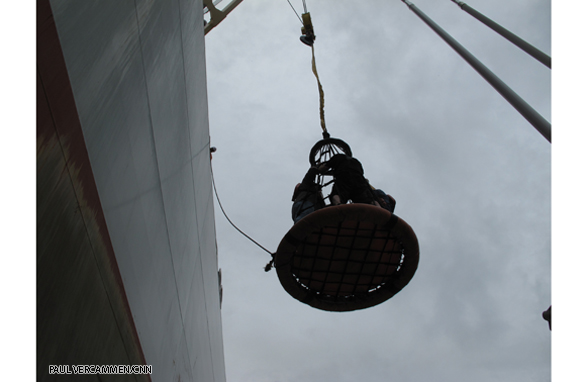 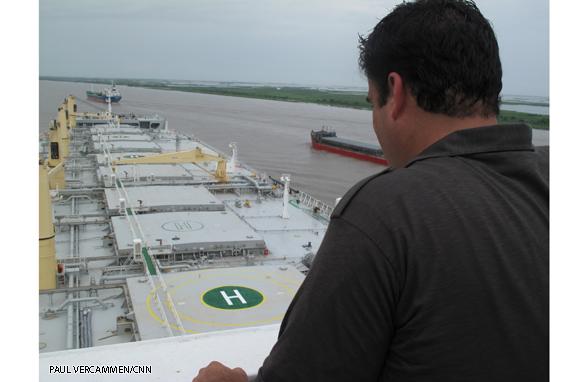