A judge is expected to decide Wednesday on the legality of Joran van der Sloot's incarceration, his lawyer said.

If the ruling is unfavorable to the murder suspect, attorney Maximo Altez said he is prepared to appeal to the highest court.

Peruvian authorities have charged van der Sloot with murder in the death of 21-year-old Stephany Flores. He also is the lead suspect in the 2005 disappearance of Alabama teenager Natalee Holloway in Aruba.

Van der Sloot was arrested twice in connection with Holloway's disappearance but was never charged because of lack of evidence.

The lawsuit seeks to overturn SB 1070, a recently passed law due to go into effect late next month, which stipulates that police can ask the residency status of people being investigated for a crime.

"The government of Mexico has requested the court that SB 1070 be declared unconstitutional and that it does not enter into force," the foreign ministry said in a written statement.

McChrystal meeting with Obama as Pentagon lines up replacements

Embattled Gen. Stanley McChrystal is meeting with President Barack Obama at this hour - a meeting that may decide McChrystal's fate in the wake of politically explosive remarks the general and his aides made about key Obama administration officials in Rolling Stone magazine.

The White House has asked the Pentagon to make a list of possible replacements for McChrystal because Obama wants to be ready if he decides to fire the top U.S. commander in Afghanistan, a senior administration official told CNN Wednesday.

McChrystal is unlikely to survive the fallout from the Rolling Stone story, a Pentagon source who has ongoing contacts with the general told CNN earlier.

[cnn-photo-caption image=http://cnnafghanistan.files.wordpress.com/2010/06/mcchrystal1.jpg caption="For whatever twists and turns may come out of this episode with the general, for example, I think a smart play would be to park your politics, and in a private, deliberate way, consider the motivations behind his statements and those of his staff." width=300 height=169]

Reporter's Note: President Obama, as if he did not have enough on his plate, now has a headline grabbing conflict with his lead player in Afghanistan. And now he has another letter from me too! Will the trials never end?

Even down here on the Gulf, I have been following the dust-up over your top Afghanistan man, General Stanley McChrystal, and it seems like a genuine mess. See? That’s the problem with telling people you want them to be candid: Sometimes they are and then you have to figure out what to do about it. Ha!

Kidding aside, I know this is terribly serious business. The relationship between a president and his top generals is nothing to be trifled with, since any uncertainty about who is in charge runs the risk of endangering our troops. Above all else, including your ego or the general’s, that is what matters most in this equation.

That said I did want to want to write a few words about the difficult balance involved in having people speak freely, but not letting them run roughshod over you as their leader. I learned long ago that most of the time when bosses say “I want you to be honest about what you think,” they don’t really mean it. What they usually want is for you to pretend that you are being earnest while you tell them how brilliant they are; sort of pseudo-sincere-sucking up.

END_OF_DOCUMENT_TOKEN_TO_BE_REPLACED

Dudley said the new organization was designed to enable BP to push more of the company's resources toward the overall recovery effort and to make sure the claims process is transferred smoothly to Kenneth Feinberg, the independent director of BP's $20 billion compensation fund. 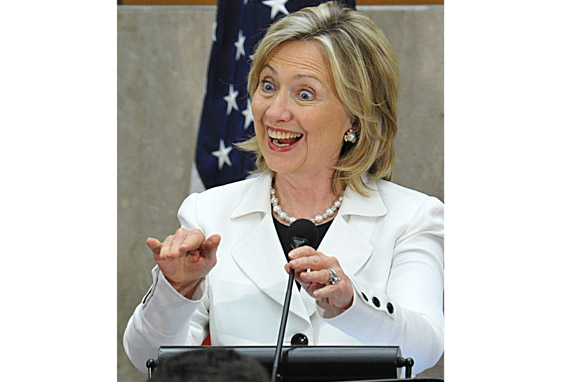 Staff:
Steve Brusk
"This smile? It's because Barack gets those 3am phone calls I warned about, not me!"