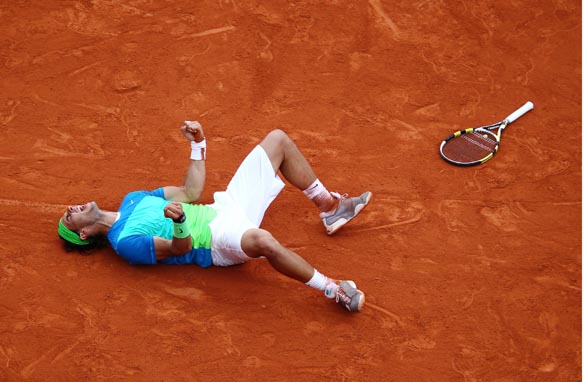 Rafael Nadal of Spain celebrates winning championship point during the men's singles final match between Rafael Nadal of Spain and Robin Soderling of Sweden on day fifteen of the French Open at Roland Garros on June 6, 2010 in Paris, France. (Photo by Clive Brunskill/Getty Images)