Ask Dr. Gupta: What are the health risks of the Gulf oil spill?

Do you have questions about the health risks posed by the Gulf oil spill? Ask them here and Dr. Sanjay Gupta will answer some of them live tonight on AC360° at 10 pm ET. 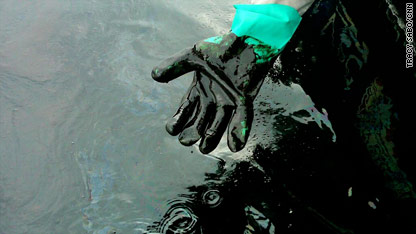 Dr. Sanjay Gupta is reporting live from the Gulf oil spill tonight. As the oil continues to spread towards the coast from Louisiana to Florida there are concerns about the health effects the leaked oil can have on you. Many people have written in asking about the oil on the beach, the risk to seafood and the long term effects the dispersant could have. What questions do you have? Post them here and Dr. Gupta will answer some of them on the air tonight on AC 360° at 10 pm ET.

And out come the wolves

[cnn-photo-caption image=http://i2.cdn.turner.com/cnn/2008/images/07/31/gall.capital.hill.gi.jpg caption="Democratic and Republican leaders alike are choosing the same campaign message for the battle this fall. 'Elect us, because we're not the other guys'." width=300 height=169]

Chances are if you went to public school, somewhere along the way you read an old story in English class called "The Interlopers" about two feuding landowners pinned under a falling tree while hunting. They exchange insults, argue over whose men will arrive first to free their master and kill the other; and eventually they become BFF's, united by their common plight and a love of Zagnut bars or some such thing. Only it's too late, because right after they realize their mutual interest in living to fight another day, they also notice that they have been discovered by a pack of ravenous wolves.

Survival of the fittest, like comedy, can be all about timing.

And right now, both major political parties are exhibiting neither basic survival instincts, nor good clock management, nor much of a sense of humor. The nation is faced with some real problems requiring real action: A catastrophic oily tide in the Gulf, renewed concerns about terrorism, lingering problems in two foreign wars, and oh yes, is that pesky recession over? Yet Democratic and Republican leaders alike are choosing the same campaign message for the battle this fall. "Elect us, because we're not the other guys."

END_OF_DOCUMENT_TOKEN_TO_BE_REPLACED

A detailed computer modeling study released today indicates that oil from the massive spill in the Gulf of Mexico might soon extend along thousands of miles of the Atlantic coast and open ocean as early as this summer. 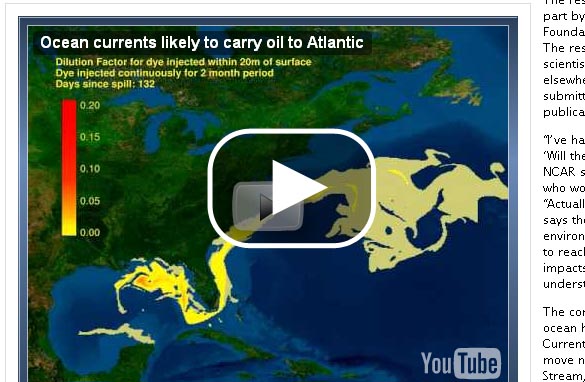 National Guard available – but only fraction used in spill cleanup

While local officials are calling for more federal government - specifically military - help with the oil cleanup, only a fraction of thousands of authorized, federally funded National Guard troops have been put into service.

In an exclusive interview with CNN's Larry King Thursday, President Barack Obama defended the current federal endeavor, noting that the Coast Guard, under Adm. Thad Allen, is taking the lead and is itself a part of the military. Allen, he said, will get the resources he needs.

BP planned Friday to successively close four vents at the top of an undersea well containment cap through which oil was still gushing into the Gulf of Mexico.

The company hopes very little oil will be escaping once the vents are shut, BP Chief Operating Officer Doug Suttles said. He said he was optimistic that the "cut and cap" operation, which hit a snag earlier in the week, will be successful.

"I think it should work," he said.

President Obama, who told CNN's Larry King that he was "furious with the entire situation," was heading to Louisiana on Friday to meet with political and business leaders.

Video: Professor: 'It's a tricky operation'