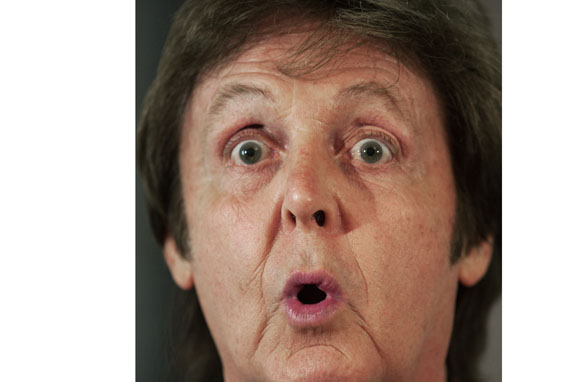 Musician Paul McCartney reacts during a news conference at the Library of Congress in Washington, DC as a reporter asks what it will be like to perform for US President Barack Obama. AFP PHOTO / Paul J. RICHARDS (Photo credit should read PAUL J. RICHARDS/AFP/Getty Images)

Staff:
Marshall Arbitman
"Sir Paul, recalling that it was Fergie who fixed him up with his ex-wife. Wondering if he can still stop payment on the check."

Viewer:
Silas from Boston
"Sir Paul McCartney reacts to the news that Tipper Gore is a free agent."