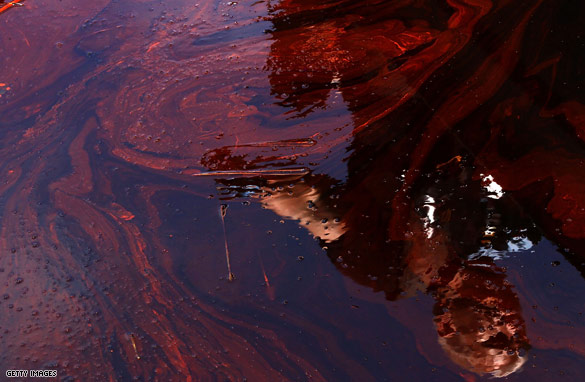 There's no end in sight for the situation in the Gulf of Mexico. Anderson Cooper reports live tonight from the region as BP attempts to stop the leak. Watch "AC360°" tonight at 10 ET on CNN for the latest on stopping the leak.

Scientists observed 130,000 to 270,000 barrels of oil on the water's surface on May 17, and think a similar amount had already been burned, skimmed, dispersed or evaporated.

The estimate came as an underwater tussle between oil and mud unfolded in BP's latest attempt to cap the runaway leak. But whether mud is able to defeat oil won't be known until later Thursday.