[cnn-photo-caption image=http://i2.cdn.turner.com/cnn/2010/images/05/26/vertical.borger.gloria.jpg width=292 height=320]
Editor's note: Gloria Borger is a senior political analyst for CNN, appearing regularly on CNN's "The Situation Room," "AC360°" and "State of the Union," as well as participating in special event coverage.
Gloria Borger
CNN Senior Political Analyst
Washington (CNN) – There was a theory, back in the day, that if the president could only pass health care reform, the glow of that victory would spur him on to better things: more wins, more credibility for the governing Democrats, more reasons to keep Democrats in power.

So much for that.

Right now, there's a hole in the Gulf. We watch it every day as it dumps who-knows-how-many-thousands of barrels of oil into the pristine water, endangering everything around it. Maybe the anti-government crowd thinks it's fine to wait for BP to fix it; most folks just want it fixed, period.

At 1 p.m. CT (2 p.m. ET), the oil giant began pumping 50,000 pounds of thick, viscous fluid twice the density of water into the site of the leak to stop the oil flow, it said. If all goes according to plan, the well then could be sealed shut with cement.

The company advised that it could be 10 hours to two days before the success of the operation is known.

President Obama said his administration is exploring all options.

"If it's successful, and there are no guarantees, it should greatly reduce or eliminate the flow of oil now streaming into the Gulf from the seafloor," Obama said after discussing the top kill procedure with Energy Secretary Steven Chu.

Venice, Louisiana (CNN) - Federal authorities Wednesday gave the final authorization needed for BP to begin proceeding with the "top kill" maneuver to contain oil gushing into the Gulf of Mexico.

BP will make a decision within the next few hours on whether to proceed with the top kill, the oil company's top official said earlier Wednesday.

As frustrated Gulf Coast residents and Washington lawmakers waited for a decision, an administration official said that President Obama on Thursday plans to announce "strengthened inspections" and an effort to "tighten safety regulations" for offshore drilling.

Obama also is expected to discuss other recommendations of the 30-day review that he ordered shortly after the oil leak began in late April.

BP Chief Executive Officer Tony Hayward said early Wednesday that a determination on the top kill maneuver will be made after diagnostic testing is complete. 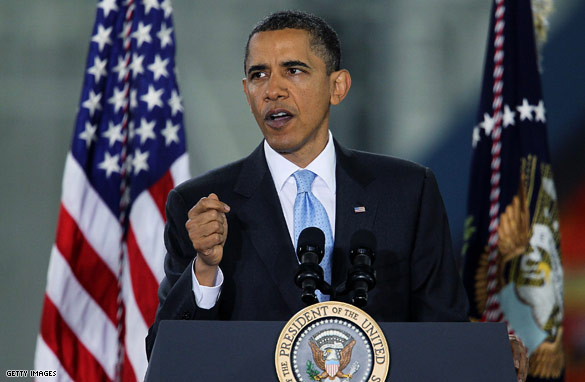 Washington (CNN) - President Obama heads to the Gulf Coast Friday. CNN Senior White House Correspondent Ed Henry tells CNN's John Lisk that Obama is getting pressed from all sides to take a more active role in dealing with the spill.

Listen to the interview

A view from the top 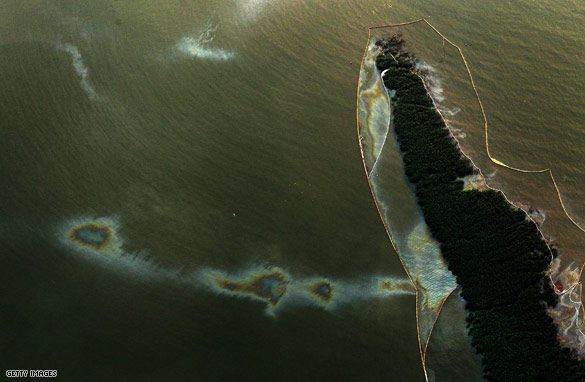 We are headed up with Anderson in a chopper now to a nature preserve where we will get on boats to get a look at where the oil is most concentrated.

We will be joined with CNN political contributor James Carville, Governor Bobby Jindal and others.

Washington (CNN) – Public support for beefing up security along the U.S. border with Mexico and deporting all illegal immigrants has grown significantly, according to a new national poll.

A CNN/Opinion Research Corporation survey indicates that nearly nine out of ten Americans want to beef up U.S. law enforcement along the border with Mexico. The poll's Wednesday morning release comes one day after an administration official told CNN that President Barack Obama will deploy up to 1,200 more National Guard troops to the U.S. border with Mexico and will request $500 million to supplement current spending for enhanced border protection and law enforcement activities.

Forty-one percent of people questioned in the survey say all illegal immigrants currently in the country should be removed, up 15 points from 2008. And 88 percent say more federal law enforcement officials are need along the border with Mexico, up 14 points from four years ago. The poll also indicates that 54 percent back a 700-mile-long fence along the Mexican border, up nine points from 2006.

[cnn-photo-caption image=http://i2.cdn.turner.com/cnn/2010/images/05/26/art.obamawalking.getty.jpg caption="President Obama walks toward Marine One while departing the White House on May 25."]

The meeting was portrayed by the White House as the latest in a series of presidential attempts to reach across the aisle despite Washington's harshly polarized political climate.

The White House characterized the meeting as productive, issuing a statement saying the two sides had addressed a broad range of issues. Among other things, Obama asked for GOP cooperation on a series of economic growth measures and ratification of the START nuclear arms reduction treaty. He also asked for cooperation on hot-button issues such as comprehensive immigration reform and climate change legislation.

The president "had a good exchange with the Senate Republican Conference today about priorities for the balance of the year," the statement noted. "Obviously, there were continued differences on some ... issues. But the president believes that direct dialogue is better than posturing, and he was pleased to have the opportunity to share views."

But Sen. Bob Corker, R-Tennessee, painted a less rosy picture of the encounter, telling CNN's Dana Bash that he accused the president during the meeting of taking an excessively partisan approach to critical issues such as financial reform, and then having the "audacity" to come to the Senate GOP conference and use the Republicans as election year "props."