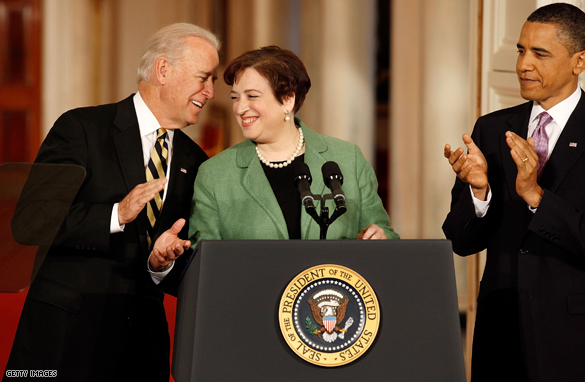 U.S. Vice President Joe Biden leans in to whisper to Solicitor General Elena Kagan after President Barack Obama announced her as his choice to be the nation's 112th Supreme Court justice during an event in the East Room of the White House today. (Photo by Chip Somodevilla/Getty Images)

Staff Winner: Sean who wrote: Biden: “Elena, this is a big f-ing deal too.”

Viewer Winner: Ken from Berkeley, CA who wrote: Confirmation's easy...It's the oath of office where they'll trip you up.