Flooding kills more than 20 in Tennessee

"Nashville has obviously been hard-hit, and it's a well-known city, but there are so many other counties in the state and areas ... that have been hit very hard as well," Tennessee Gov. Phil Bredesen said Thursday morning.

"A lot of people who didn't have flood insurance, because they never thought floodwaters would ever come anywhere near their home, are really looking at a total loss of their home," Bredesen said. "It's very tough on a lot of people right now."

Dear President Obama #472: "Waiting for the next terror attempt"

Reporter's Note: Federal authorities moved quickly and successfully to nab the Times Square attempted bombing suspect, which is certainly a good sign for citizens concerned about homeland security. And that’s the subject of my daily letter to the White House.

[cnn-photo-caption image=http://i.cdn.turner.com/cnn/2010/CRIME/05/06/times.square.probe/t1large.suspect.times.square.orkt.jpg caption="Faisal Shahzad, 30, was arrested Monday night as he prepared to fly to Dubai and then on to Pakistan, officials said." width=300 height=169]

The quick capture of that fellow who allegedly tried to blow up his SUV in Times Square is encouraging. Well, who am I telling? I’m sure it was welcome news for you in more ways than one. I heard someone on the radio say something like, “I don’t think a modern American presidency can survive a terror attack. If a terrorist successfully strikes the nation, the sitting president will have no chance of re-election.”

Still, I’m not sure I buy that, and I know it’s not fair.

The reason I don’t buy it is that after 9/11 the country rallied quick and hard around President Bush. His approval ratings went through the roof. That was partially just survival instinct. We know that it’s not good to show divisions or weaknesses in our ranks while under assault. So, far from cratering his presidency, those terror attacks gave him such broad support for a period of time that he could pretty much take the nation any direction he wanted with little complaint.

But back to that guy on the radio; why do I think he was describing a political consequence that would be unfair? Because like I said a couple of letters back, some day, some way, someone is going to hit us again. Write it on the wall and never scrub it off. No matter how much we talk up cooperation and world peace, given enough time every country ends up taking a punch or two, or three, or more from someone who does not like it. And these days, terror attacks are one of the more popular ways of delivering those punches.

While I’d like to think we could stop every attempted bombing, and scoop up every wannabe terrorist as quickly as we netted the guy from Connecticut, I just don’t think that is possible. It is certainly not something that any president can guarantee. And if people think a president can do that, they are obviously mistaking the chief executive with a superhero. Mind you, some of you presidents seem to make that mistake yourselves, but that’s a discussion for another day.

So for now, congratulations. I hope the investigation continues well. And when the day comes that we suffer another blow, which we will, I hope whoever is President, we will judge his or her performance on more than just that single terrible moment.

Call if you have a minute. I still want to talk a bit about the flooding in Tennessee. Keep those folks in mind, to be sure!

Video: Is Islam a peaceful religion? Bill Maher weighs in. 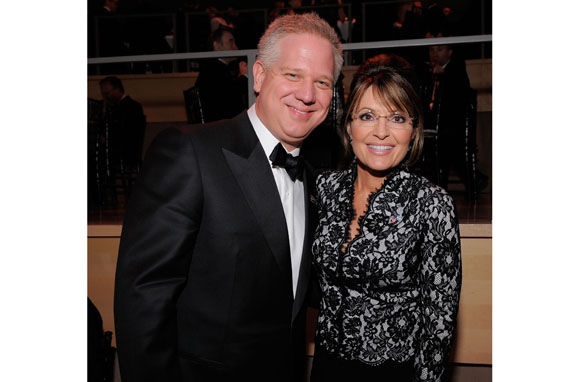 Viewer:
Armando from Little Rock, Arkansas
"Who's the old guy with Tina Fey?"

Thank you Anderson and CNN for reporting on the floods in Nashville and for apologizing on air for not giving it the coverage it deserves. I play Frankie Valli in JERSEY BOYS in Vegas but live in Nashville part time as well and was there this weekend during the devastation. My hat is off to you for covering the story. You rock Anderson!

Thank you for finally giving some time to the flooding in the Tennessee area. As a high school teacher, I had many students return to school today who did not sleep in their homes last night, nor did they sleep there over the weekend. Tennesseans are quite independent and I believe that we have displayed that spirit. There has been very little looting or violence as has been seen during other disasters. Instead, I believe that we have been a model for cooperation and true neighborliness. Please report on that aspect and maybe other places can see that such a world still exists.