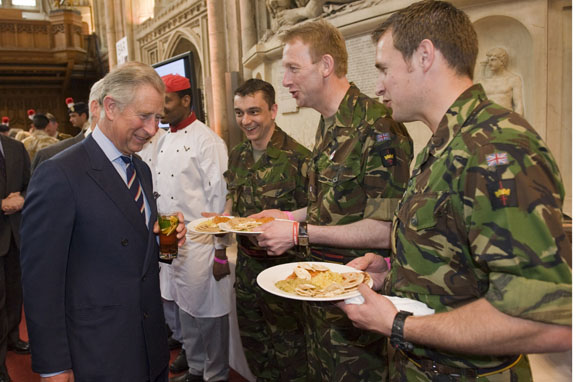 Prince Charles, Prince of Wales greets WO1 Aron Heath, Maj. Garry Young amd WO1 Ewan Andrews who have served in Iraq at the Lord Mayor's Big Curry Lunch, where he also met soldiers and supporters of ABF The Soldiers' Charity along with soldiers and families who have been helped by the organization.