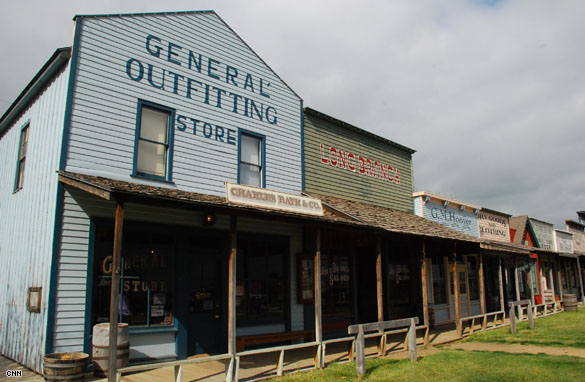 Although I’m sure you can find folks here who might have complaints, by and large the leaders here have delivered. And as the new developments have taken hold, they have generated more money and success. The area now has new schools, they won the first ever state-owned casino, and a billion dollars worth of new construction projects, public and private, are in the works. Want a measure of how much this has worked? They have one of the lowest unemployment rates in the country, and the biggest problem they have is finding enough workers. To be blunt: They are simply not experiencing the recession here. Lately when public officials face re-election, chances are good they won’t even be challenged.

And as far as I can tell, they waste very little time fighting over whom should get the credit for all this good fortune. Instead of trying to outmaneuver each other in political battles for control, they spend more time trying to reach consensus, and listening to the people of their community to see what those voters want.

I’m sure it’s not all perfect. But at first blush, it is certainly impressive. No wonder they’d just as soon keep the Washington crowd at bay. I know being President can be exhausting, difficult, and probably dispiriting at times. But on your next bad day, here is a suggestion: Pick up the phone and call the folks in Dodge City. They seem generous; I’m sure they’ll share some of their secrets. And as for success, they have enough of that to share too.

Heading back to Wichita today. Give me a buzz if you wish, but only in the morning. Afternoons and evenings are ridiculously busy.