Actor Jack McBrayer and comedian Conan O'Brien perform at the opening night of 'The Legally Prohibited From Being Funny On TV Tour' at the Hult Center for the Performing Arts on April 12, 2010 in Eugene, Oregon. 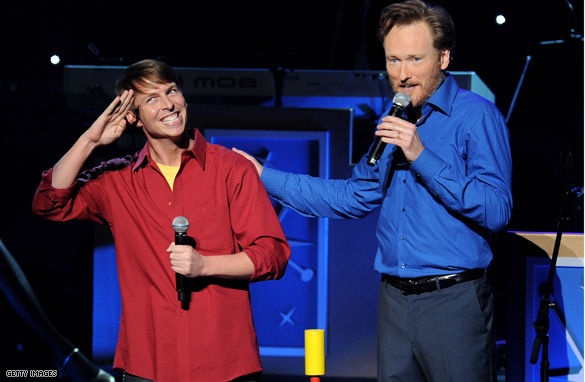 "As part of his severance package, Conan gets his own personal NBC page."