Are You Overtaxed?: Join the Live Chat

Tonight on 360°, keeping them honest. On tax day, the Tea Party Express turns up its volume. They say taxes are too high and government too expensive. Are they right? We'll give you the facts and let you decide. Plus, the big 360° interview. Jack Kevorkian talking about life and death.

To view the physician-assisted suicide laws by state click here. 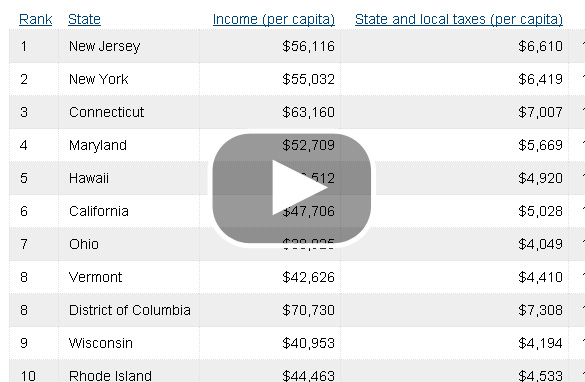 As the economic downturn continues to weigh on Americans' savings, state governments are worried about their purse strings, too.

Falling home prices and rising unemployment are hurting states' revenue from property, income, and sales tax collections. To combat the shortfall, many states – including Massachusetts and California – are considering cutting back on tax credits, said Kathleen Thies, analyst at CCH.

Each year, the Tax Foundation, a policy research group, estimates the average taxpayer's total state and local tax burden in each of the 50 states and the District of Columbia. The data below are from August 2008, the latest available.

Editors note: Comedian Lewis Black will be on AC360° tonight talking with Anderson Cooper. Be sure to tune in to AC360° at 10 p.m. ET

You can ask questions of Lewis Black on his website here.

Tonight, Anderson talks to Jack Kevorkian, also known as "Dr. Death," for one of his first interviews since being released from prison nearly three years ago.

Anderson also talks to the film's director, Oscar winning Barry Levinson, as well as and Susan Sarandon and John Goodman, who star in the film. AC360° at 10 p.m. ET. 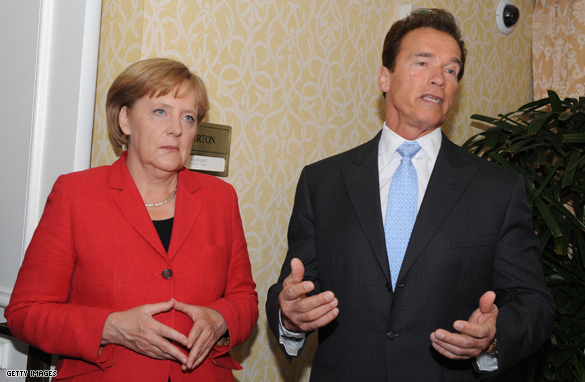 "Oh shut up already and take me to this In and Out Burger I keep hearing about."

"We have agreed to increase trade to help our economies. Our first exports from California to Germany will be Nancy Pelosi and Britney Spears"

Leaders of the Tea Party Express marked Tax Day on Thursday by celebrating their efforts over the last year and unveiling a list of "heroes" and targets" ahead of the upcoming midterm elections.

In a lengthy news conference that partially amounted to a pat on the back for their efforts at affecting a handful of key races in the last several months, the group said it is supporting only candidates it feels have a viable shot at winning next November.

"In politics, you always have to be careful to promise what to do," said Sal Russo, a GOP consultant who is aiding the Tea Party in its efforts. "We try to keep our focus on the doable. We have a lot of wonderful candidates that simply can't win. So our focus is on the candidates that can win so we can really focus on taking America back."

Scott A. Hodge
Special to CNN

If "taxes are the price we pay for civilized society," to quote Justice Oliver Wendell Holmes Jr., then April 15 is the day that bill comes due for every working American.

But that is no longer the case for a growing class of Americans for whom the price of civilized society has been reduced to zero because the tax code's generous credits and deductions completely erase their income tax liability.

And for many of these nonpayers, civilized society actually pays them a hefty refund, which is not much different from a welfare check except that it's run through the tax code instead of through the Department of Health and Human Services.

Got the Tax Day Blues? Cheer up with these discounts and freebies

[cnn-photo-caption image=http://i.cdn.turner.com/cnn/2010/LIVING/04/09/starbucks.trivia/t1larg.starbucks.gi.jpg caption="Starbucks is one of many companies offering freebies on Tax Day." width=300 height=169]

Still scrambling to file your taxes or waiting (still) on your refund? Companies around the country are trying to relieve the Tax Day sting with freebies and special deals.

Free brewed coffee. Stop by your corner Starbucks (SBUX, Fortune 500) with a travel mug for a free fill-up. The deal is part of the coffee chain's worldwide move to encourage customers to go green by switching from paper cups to reusable mugs.

Free cupcakes. Cinnabon, the 25-year-old home of the cinnamon roll, is introducing cupcakes to its menu. To promote the new sweets, which are available in four flavors, mall-based locations of the bakery will be giving away bite-sized cupcakes between 6 p.m. and 8 p.m.

'You Don't Know Jack,' a film about Jack Kevorkian, premieres on HBO next week. In our Big Interview tonight, Anderson sits down with Kevorkian in one of his first interviews since his release from prison three years ago. Anderson will talk to him about the movie and about how he became known as "Dr. Death."

'You Don't Know Jack,' was directed by Oscar winner Barry Levinson, who will also talk to Anderson tonight. They will be joined by actors Susan Sarandon and John Goodman, who both star in the film.

Learn more about the film and watch the trailer here...