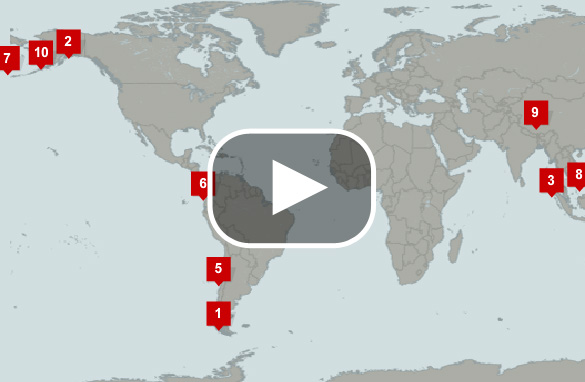 The 8.8-magnitude earthquake that hit Chile on February 27 was similar in intensity to the fifth most powerful quake recorded since 1900.

That quake struck off the coast of Ecuador in 1906. It is not known how many people were killed.

The biggest quake recorded since 1900 hit the coast of southern Chile on May 22, 1960. The 9.5-magnitude quake killed more than 1,600 and left about 2 million people homeless.