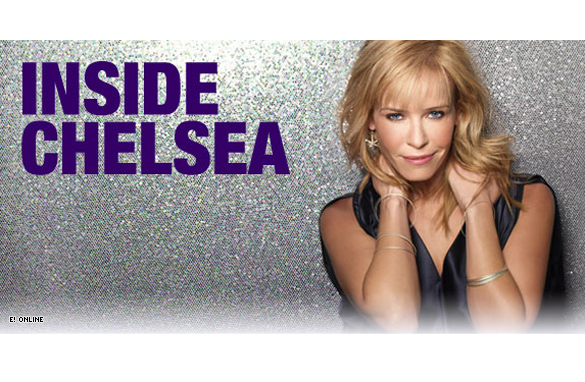 Editor's Note: The opinions expressed in this blog are solely those of Chelsea Handler.

There is a new public service announcement starring Bristol Palin in which she denounces teen pregnancy yet again. I think it's great that she's making it really clear to the world and her baby that he was unwanted.

In the PSA, Palin ponders the question 'what if I didn't come from a famous family…and have all of their support?" To remind us who her family is (See: "I'm With Stupid"), it shows quick flashes of her incredibly glamorous life.

I guess the point is unless your mother is an idiot and your father is a snowmobile jockey, you should abstain.

She then makes it clear that without all of that "support" it "wouldn't be pretty." Then they cut to her in a dirty t-shirt in front of a sad couch with some baby waddling around behind her, while she pays no attention to it.

I'm still trying to figure out what the difference is between that and her current state of child rearing.

Jessica Simpson reportedly asked her best friend/hairdresser Ken Paves to give her a new hair-do. According to Star Magazine, Simpson is unhappy with her recent weight gain and asked Paves to give her a 'do that will "disguise the weight." What…a game plan.

Most people would consider less chili and more cardio, but to each her own. Pave's response to the request was to give her "long layers that hang into her face." That also doesn't sound like the smartest choice, since if something is hanging in her face she's most likely going to eat it.

Heidi Montag or Herpes Simplex 2 recently discussed her ridiculous plastic surgery procedures with little Ryan Seacrest. She said that she has footage of the 10 procedures, and that it may air on a future reality show. Translation: "If I can't get anyone to hire me, I will sell that video so that I don't have to consider gaining any actual job skills."

She also revealed that one of the procedures she had was a "back scoop," but she doesn't actually know what it is.

"I might be the first one to try it…it carves out your back a little bit."

Hey moron, if you're going to get 10 different surgical operations, it might be a good idea to find out what they are before you let someone literally stick a knife in your back.

Herpes 2 went on to say that she is happy with her new body, but there are some things she can't do now: like jog or hug.