US President Barack Obama (R) greets the German Chancellor Angela Merkel upon his arrival for dinner during the Nuclear Security Summit at the Washington Convention Center in Washington, DC, April 12, 2010. 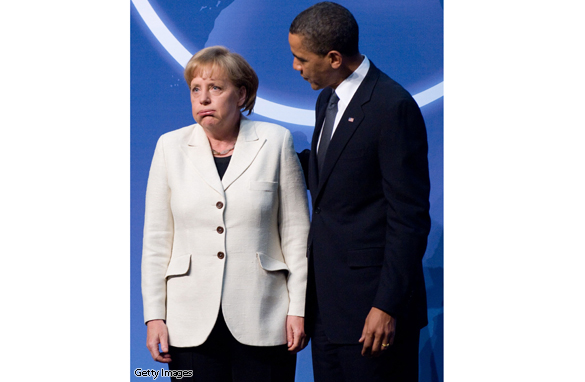