Rage on the right: The year in hate and extremism 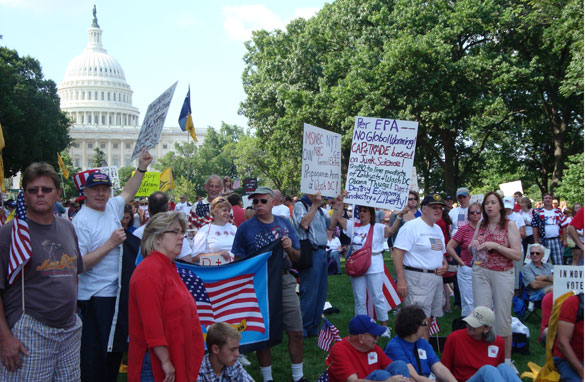 The radical right caught fire last year, as broad-based populist anger at political, demographic and economic changes in America ignited an explosion of new extremist groups and activism across the nation.

Hate groups stayed at record levels — almost 1,000 — despite the total collapse of the second largest neo-Nazi group in America. Furious anti-immigrant vigilante groups soared by nearly 80%, adding some 136 new groups during 2009. And, most remarkably of all, so-called "Patriot" groups — militias and other organizations that see the federal government as part of a plot to impose “one-world government” on liberty-loving Americans — came roaring back after years out of the limelight.