Former US vice-presidential candidate Sarah Palin reacts as she greets the crowd before speaking at a Tea Party rally in Searchlight, Nevada, the hometown of Senate Majority Leader Harry Reid, on March 27, 2010. Thousands of Tea Party activists attended the rally which kicks off their latest cross-country protest against big government and health care reform. 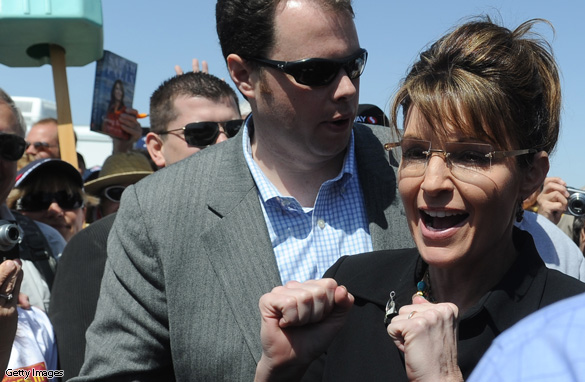 "Not content with her new reality show, Palin signs on for Celebrity Boxing as the ‘Thrilla from Wasilla’."

"Guy in back: Mrs. Palin, please unclench your fists, you're going to smear your opening remarks...."