Speaker of the House Nancy Pelosi (D-CA) (C) has a laugh during a news conference after the House passed health care reform legislation at the U.S. Capitol March 22, 2010 in Washington, DC. The House passed the Senate's version of the health care bill by a vote of 220-211 and without a single Republican vote. 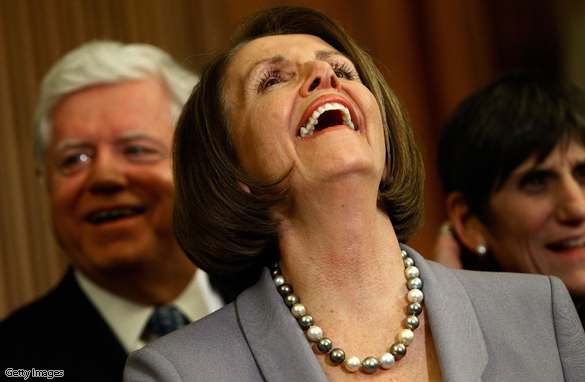 "I just KNEW we could pass this bill without the Botax in it!"