President Barack Obama removes his jacket before speaking on health care reform at George Mason University March 19, 2010 in Fairfax, Virginia. Obama is making a last minute appeal for support of his proposed health care legislation as the U.S. House of Representatives is expected to vote on the legislation as early as Sunday afternoon March 21. 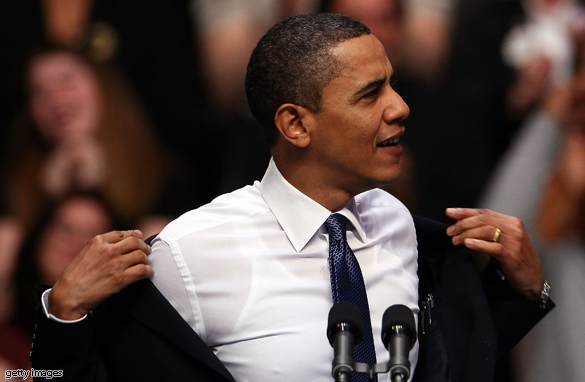