House Democrats: Where they stand on the health care bill

House Democrats who support the Senate health care bill need 216 "yes" votes to pass it. Conversely, opponents of the bill need to secure 216 "no" votes to kill it. CNN contacted 100 House Democrats whose votes appeared to be in play. Here's a look at those who say they'll vote against the Senate bill no matter what, those who will oppose it unless there are significant changes, and those who are undecided. The chart also shows how the lawmakers voted on the House version of the bill. Thirty-four House Democrats have told CNN they haven't yet decided how they will vote, and 29 have not responded to CNN's repeated inquiries. 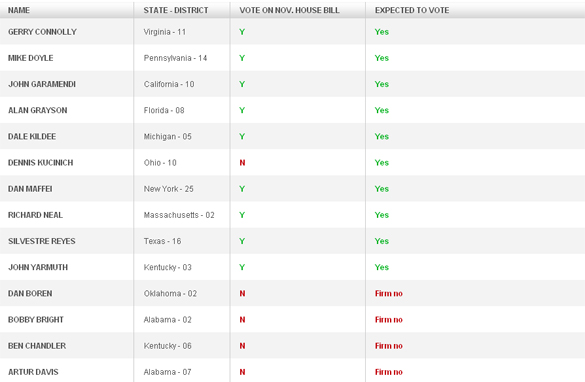