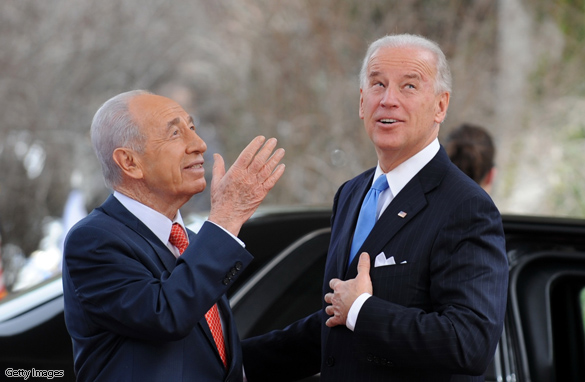 "VP Biden & Israeli President Peres attempt to do the robot."