Bo, the Obama's family pet, plays in the snow during a blizzard on the south grounds of the White House. (Official White House Photo by Pete Souza) 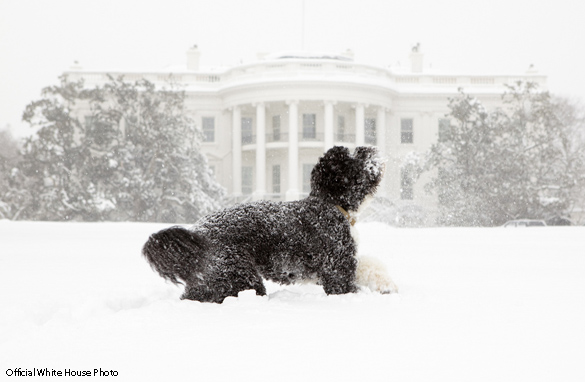