U.S. President Barack Obama signs his name on a wall before speaking about creating new energy jobs during a visit to the jobs training center in Lanham, Maryland. (Getty Images) 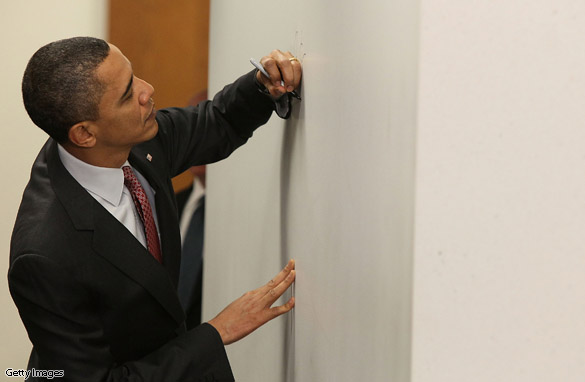 “Dear Evan,
Thanks for the potshot saying we haven’t created a job in six months – still bitter about not getting Biden’s slot? At least I’m not a quitter.
Barack”

"Lets see... X to the 4th power squared, times the sum of the deficit and the GDP... That should keep the budget office off my back for a few hours"