Photo Gallery: On the ground in Haiti

The Haitian National Palace stands in ruins in Port-au-Prince after the magnitude 7.0 earthquake hit Haiti on Tuesday. 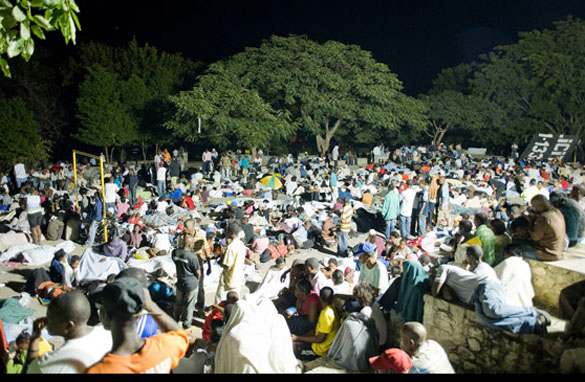 Displaced people gather in Petionville, a suburb of Port-au-Prince. The Red Cross estimates the quake has affected approximately 3 million people - about one-third of Haiti's population. 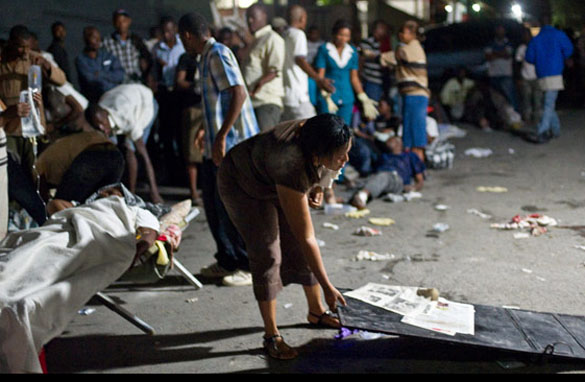 A woman prepares a makeshift bed to spend the night in Port-au-Prince.

A building left in ruins in Port-au-Prince, Haiti.

A woman being helped from the ruins. 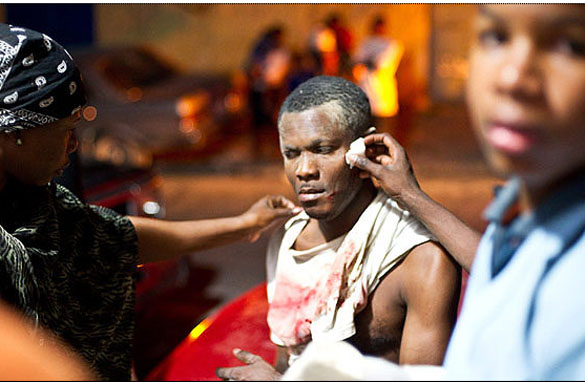 People help a wounded man on Tuesday morning in Port-au-Prince. 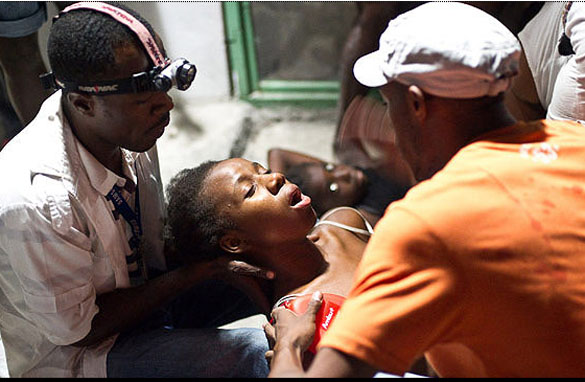 A woman faints in the arms of a medic on Tuesday.