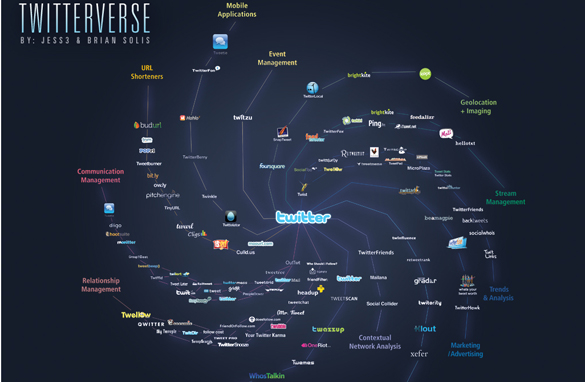 It was also the year of heated partisanship at tea parties and health care town halls. South Carolina Republican Joe Wilson got caught up in the heat of the moment, as did Florida Democrat Alan “I am not nuts” Grayson, who asked Attorney General Eric Holder to send a blogger who wrote unflattering things about him to jail. Even Senators Chuck Grassley and Arlen Specter got caught speaking truth to power on their Twitter accounts.

Social media continued its rise in 2009. Facebook now has 350 million active users worldwide, and microblogging technologies like Twitter.com influenced areas ranging from mobile applications to journalism to the way mass media interacts with its audience. (See the influence here.

Twitter, which made its bones during the post-election demonstrations in Iran last summer, has changed journalism and how journalists report. ABC News’ Senior Political Reporter Rick Klein (aka @thenote on Twitter) told me, a tweet “can reach a secondary audience of opinion makers and politicians” and he’s right. In 2010, expect another quantum leap as live video-streaming becomes commonplace.

Year of the Woman

Women continued to demonstrate their growing influence this year. Women now drive the world economy with $20 trillion in annual consumer spending. And, within the next few months, they will become the majority of the American workforce. Their political power is also being felt. In Virginia, Republican Governor-elect Bob McDonnell won 54 percent of women by focusing on job creation and taxes as his main campaign issues.

The appointment of Sonia Sotomayor to the Supreme Court was also a milestone for both women and Hispanics in the United States.

Women: Women will continue to play a crucial role in American politics. Three states – Minnesota, New Mexico and Oklahoma – could end up with female gubernatorial candidates on both sides of the aisle. There are also numerous female candidates from Colorado to California and Missouri to South Carolina running for Senate seats and governorships.

Year of the Latino: In 2010, Hispanics will once again become the focus of the political world. If President Obama follows through with his campaign promise to address immigration reform, Hispanics will be caught in the middle of the debate between Democrats and Republicans. Both parties will want to pay careful attention to their policies. The midterm elections, upcoming Census and consequential re-districting and re-allocation of Congressional seats will be greatly affected by the rising Hispanic population.

Wishing you all a safe and prosperous New Year! ¡Adelante! (Onward)

Editor's Note: Leslie Sanchez is the author of “You’ve Come a Long Way Maybe: Sarah, Michelle, Hillary and the Shaping of the New American Woman.”