A 'Jet-Skiing Grinch' cruises on the Potomac River December 24, 2009 in National Harbor, Maryland. This is the 22nd anniversary of the aquatic Christmas Eve show. 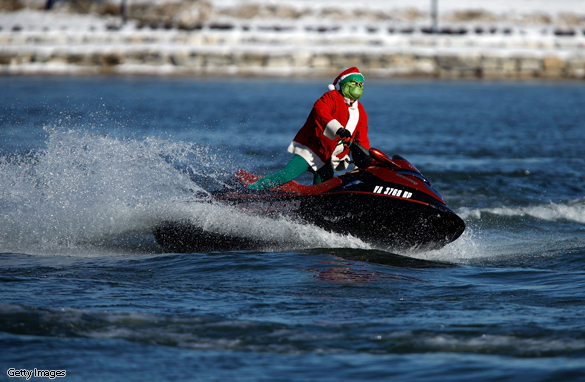 "THE REAL REASON WHY AN AMBULANCE WAS CALLED TO THE OBAMA COMPOUND IN HAWAII.”