Interactive: The top 10 political gaffes of 2009

The official word from the White House that week was that the swine flu outbreak was not a cause for alarm. Then came Biden, suggesting on national TV that people avoid planes, subways and classrooms to keep from catching the bug. Biden's press team quickly sent out a statement after the interview claiming that he was trying to warn people who already had swine flu to avoid enclosed spaces, and White House press secretary Robert Gibbs at his daily briefing apologized on Biden's behalf. 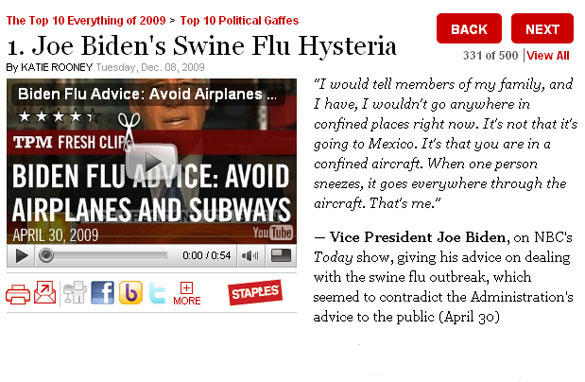