Behind Congress' overhaul of the $2 trillion health care system is an army of lobbyists with a heavy complement of insiders, former staffers who had either worked for Congressional leaders or for congressmen who worked on committees that had a hand in shaping the legislation. This database details more than 200 of these former staffers who lobbied health care issues in 2008 and 2009. There are 14 former chiefs of staff and four former deputy chiefs of staff among them. 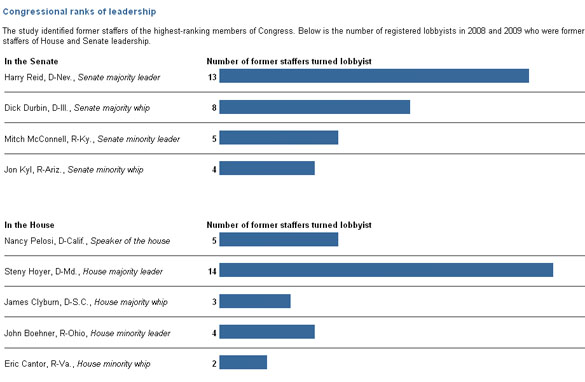 Go here to view the study.