'Up in the Air' leads Golden Globe nominations 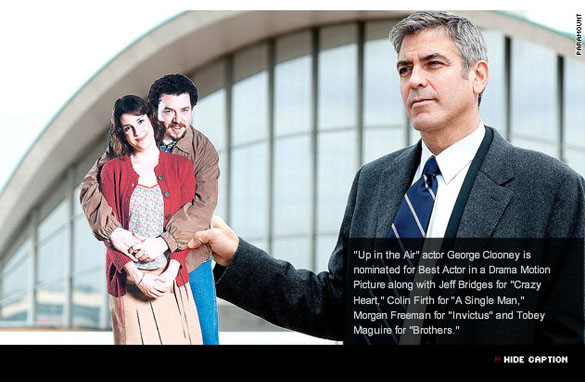 Despite an industry dominated by young Hollywood, older actresses ruled the Golden Globe nominations on Tuesday morning. But "Up in the Air" was the critical darling with six nominations.

Meryl Streep earned two nominations in the best actress category, one for her portrayal of Julia Child in this summer's hit, "Julie and Julia," and another for her role in the romantic comedy "It's Complicated," in theaters December 25.