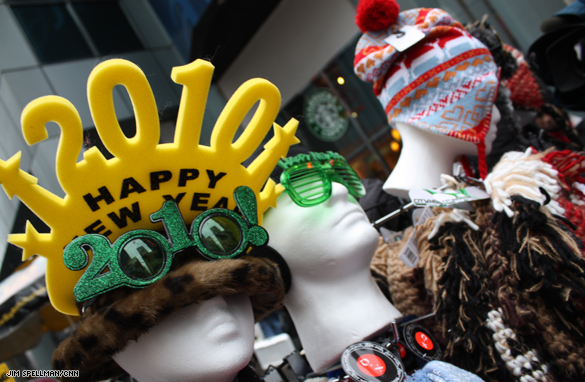 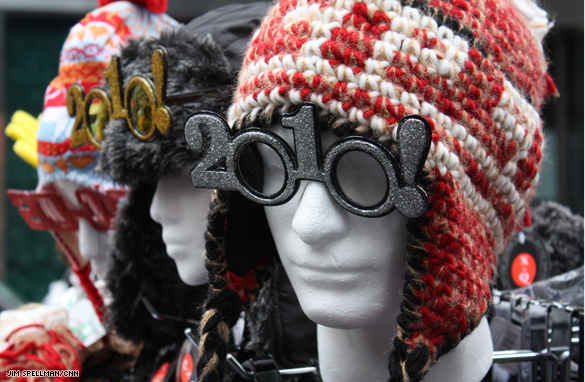 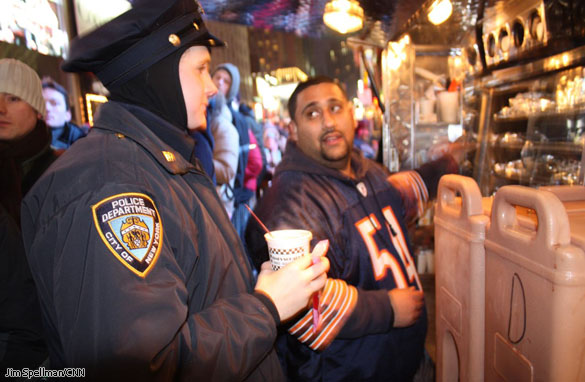 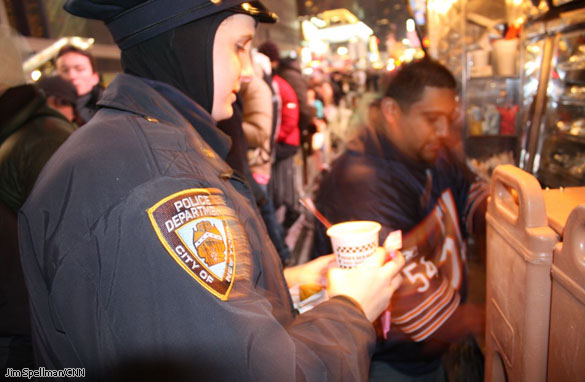 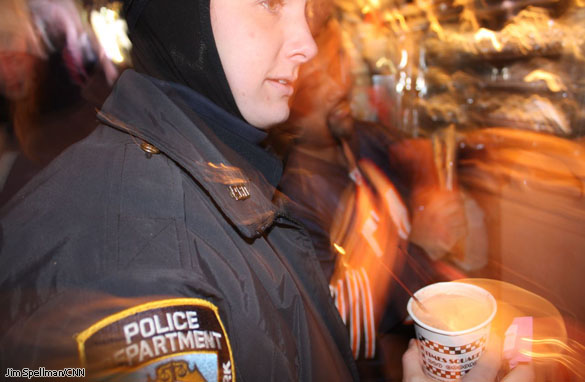 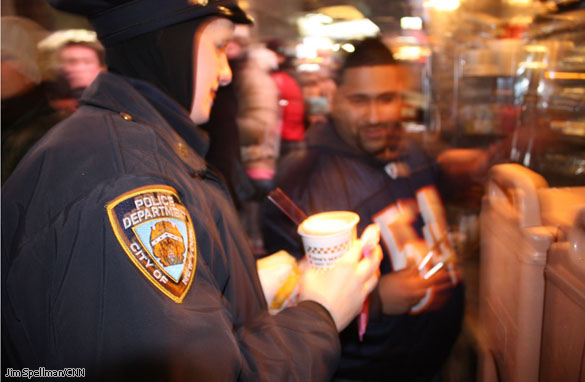 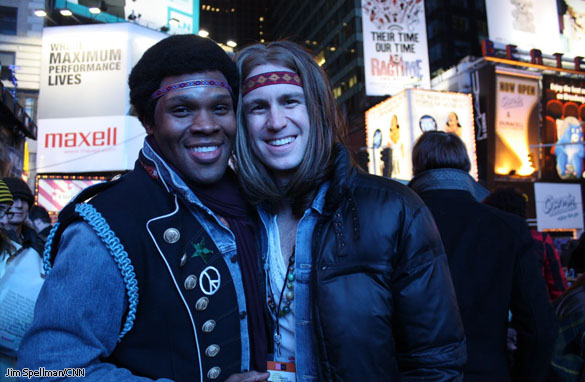 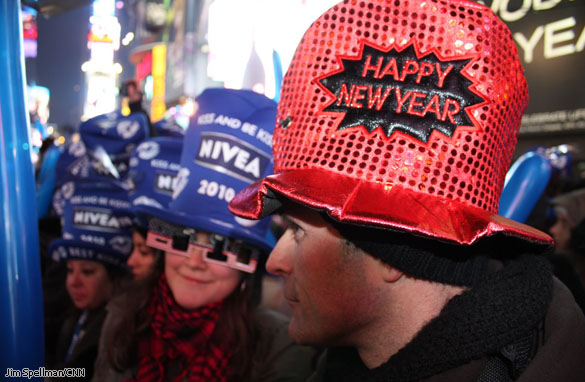 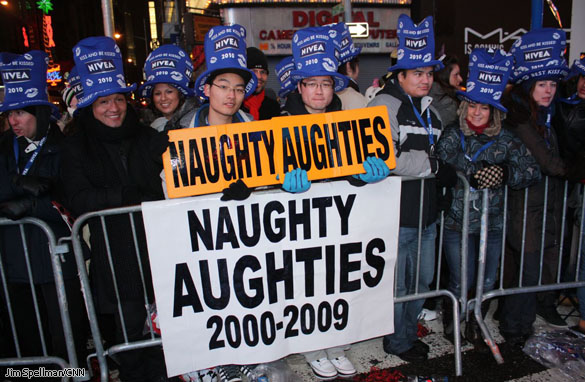 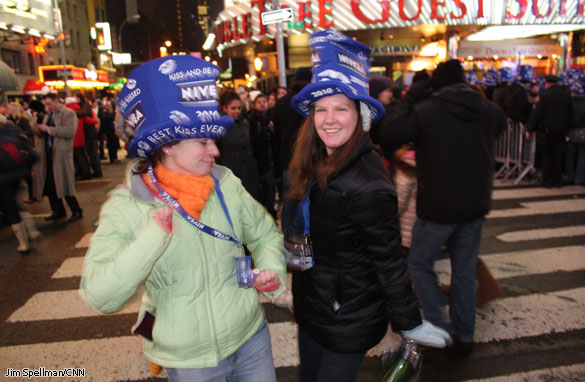 A New Year's resolution from the center of the world

This is my first time spending New Years Eve in Time Square and it is really exciting. I've spent the last few watching Anderson and Kathy on CNN from the warmth and comfort of my living room. I guess I am just not a crowds guy.

But here in the thick of it all I'm having a great time. For a few hours round midnight every year this is the center of the world. Everyone is in a great mood, despite the crowds and the weather (and the lack of bathrooms).

There is a real sense that people are in this together. For one night a community of revelers ringing in the new year.

I don't know if it's this fun every year. It's certainly been a tough year winding up a tough decade. Terrorism, wars, economic woes.

A decade ago we were worrying about Y2K. Would our ATM's still work on New Years Day? It seems so minor compared to the concerns that occupy us these days.

So maybe we all need to spend some more time together instead of avoiding the crowds. Maybe I'll make that my New Year's resolution. 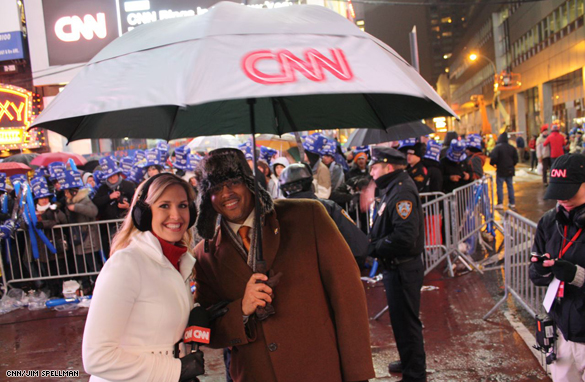 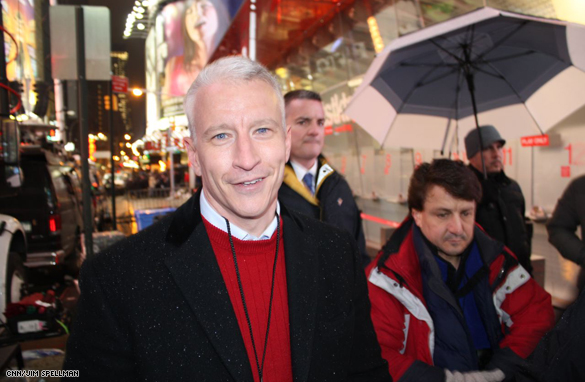 Ringing in the New Year - with a Sardine drop?

For the fifth consecutive year, the “Great Sardine and Maple Leaf Drop” will ring in the new year in Eastport, Maine.

The “Great Sardine and Maple Leaf Drop” began as a small New Year’s Eve event, but has evolved into a celebration attracting locals and tourists alike to the sleepy New England town.

In homage to both the U.S. and Canada, two drops take place, a maple leaf at 11 p.m. ET (Midnight Atlantic) and a sardine at midnight ET.

The Tides Institute & Museum of Art in downtown Eastport is host to the event each year, lowering the leaf and fish from its third-story window. The building is the former Eastport Savings Bank, built in 1887.

END_OF_DOCUMENT_TOKEN_TO_BE_REPLACED

The countdown is on to 2010! Anderson is getting ready to head to Times Square to ring in the new year with Kathy Griffin. Don't miss our New Year's Eve special live from 11 p.m. to 12:30 a.m. ET on CNN.

Hundreds of thousands of people have already gathered in New York City's Times Square. About 3,000 pounds of confetti will drop along with the New Year's Eve crystal ball at midnight. We'll bring it to you live. CNN's Don Lemon and Poppy Harlow are also be in Times Square checking in with those in the crowd.

We'll also take you to Central Park where 360's Gary Tuchman is bravely bringing in the new year with the 4-mile Midnight Run - in the snow and rain. Gooo, Gary!

Also on our radar - the Key West shoe drop, or more precisely a giant red-heel drop. At the stroke of midnight, Sushi, whose real name is Gary Marion, will be lowered from the second-story balcony at the Bourbon Street Pub to ring in 2010. Once again, John Zarrella will be covering the Key West party.

And, we'll be checking in with 'N Sync alum Lance Bass, who will join us from Planet Hollywood in Las Vegas.

Get your New Year's hats and noisemakers ready. We're just a few hours away from welcoming 2010. Gather your family and friends around the TV and join us for the fun.