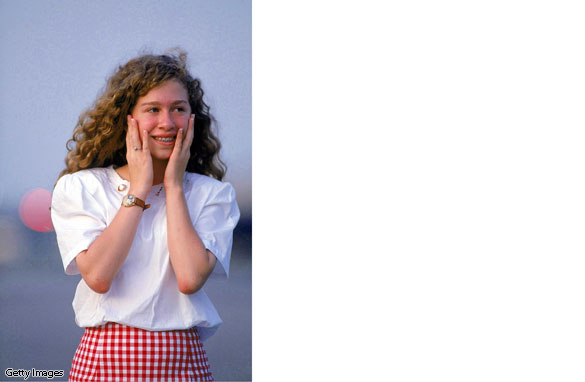 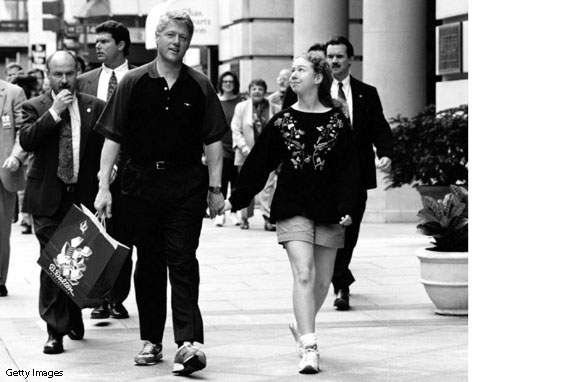 1993 – U.S. President Bill Clinton (L) and his daughter Chelsea (R) are accompanied by security personnel as they walk back to the White House after shopping at a dowtown book store. 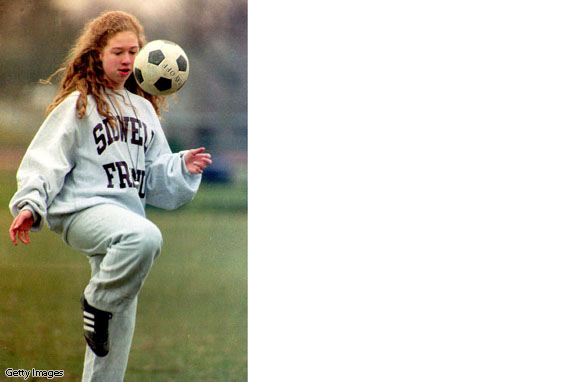 1993 – Chelsea Clinton concentrates on a ball during soccer practice in Washington, DC. 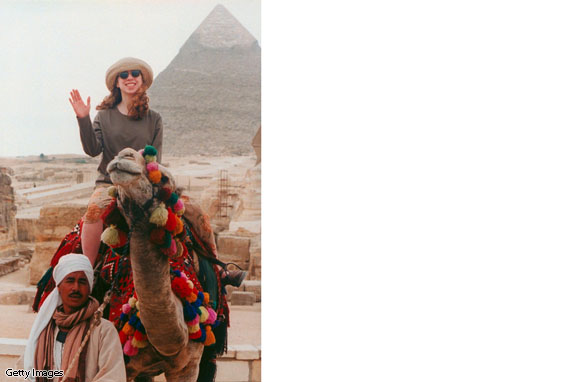 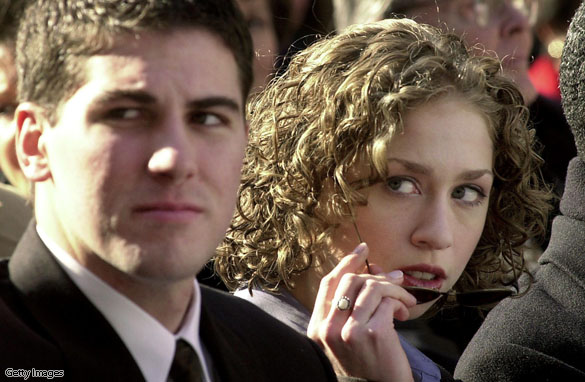 1999 – Chelsea Clinton looks on with an unidentified friend from Stanford University at America's Millennium Opening Ceremony in Washington, DC. 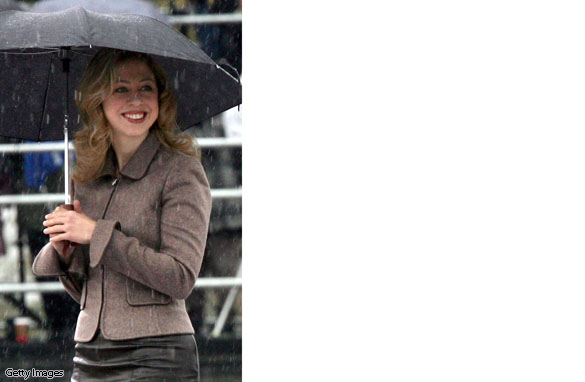 2004 – Former U.S. President Bill Clinton's daughter Chelsea Clinton smiles during the official opening ceremony of the Clinton Presidential Library November 18, 2004 in Little Rock, Arkansas. An estimated 30,000 spectators gathered on the grounds of the library to view the dedication of the $165 million facility. 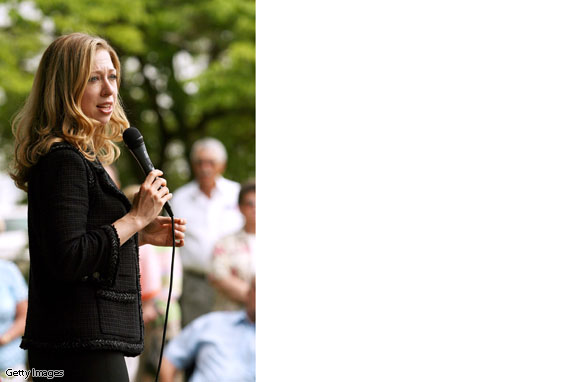 2008 – Chelsea Clinton speaks at a rally in support of her mother, Hillary Clinton, in Clinton, North Carolina. 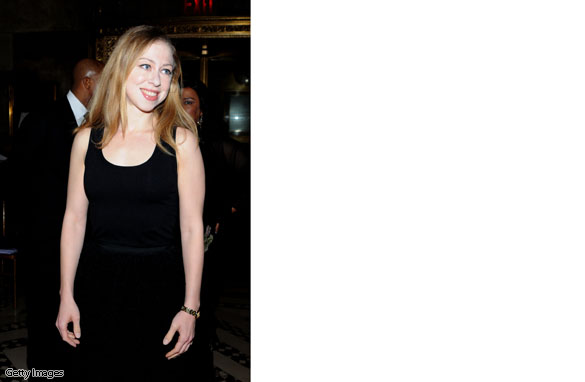