Program Note: Randi Kaye reports tonight on why the new the health care bill could have those seeking cosmetic surgery thinking twice before going under the knife. Tonight on AC360° at 10 P.M. 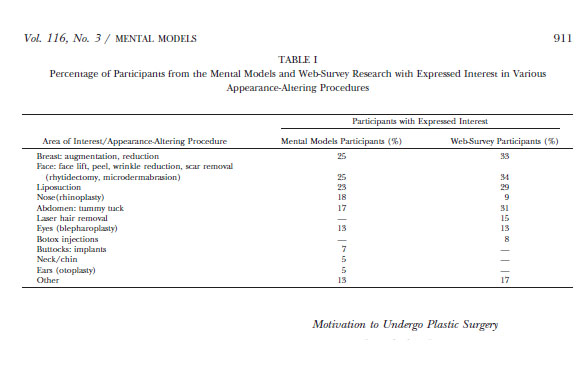 The Senate's new health care proposal may be a deterrent for those seeking cosmetic surgery in the near future. But a 2005 study by the American Society of Plastic Surgeons took a look into what those seeking cosmetic surgery were looking to achieve. Nearly 85 percent said that improving their physical appearance was the primary motivating factor with many relating their motivation to correcting, maintaining, or restoring their bodies.

The group also noted that it wasn't just those of the wealthiest class who were seeking cosmetic surgery:

Read the the study and see the most common areas sought for plastic surgery....