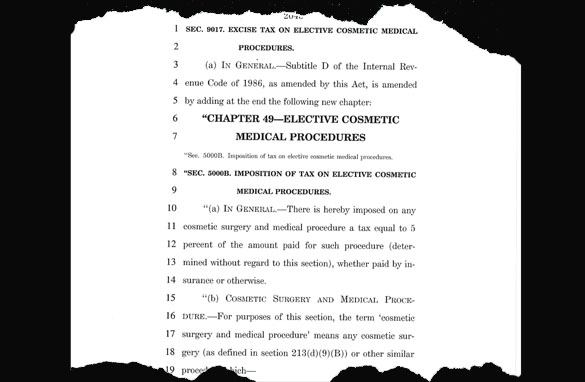 The Senate released its proposal for health care reform last week. According to projections from the Congressional Budget Office the bill will extend coverage to 30 million Americans currently uninsured while still reducing budget defects by a projected $127 billion.

But the question has been where does the added revenue come from. According to proposed Section 5000B part of that added revenue is new taxes. Taxes on elective cosmetic medical procedures. Read the passage from page 2045 of the Senate's health care proposal.