Senate Minority Leader Mitch McConnell points to a copy of the Senate version of health care reform legislation during a news conference at the U.S. Capitol November 20, 2009 in Washington, DC. The Republican senators accused the Obama Administration of rationing health care after a panel of doctors announced that women should begin getting regular mammogram at age 50 instead of 40. (Photo by Chip Somodevilla/Getty Images) 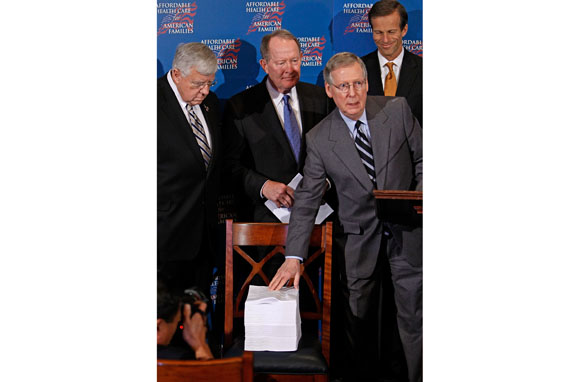 “And we made this little booster seat here for you, Nancy.”

"Ryan Seacrest submits his resume, hoping to take over for Oprah."