I just learned some things that have me really excited about turning 50 – and more excited than ever that this 50on50 series may help bury the 18-49 audience demo worshipers in time for my big birthday in December. I learned these things from one of the leading jury consultants in America.

Pick a Juror, Not Any Juror

Doug Green knows a leader when he sees one. Trial lawyers pay him good money to identify the potential leaders in a jury pool, men and women who will have the influence, the stature, the respect, the inclination, to persuade the other members of the jury to vote one way. And, Green has found, there is a correlation between age and influence.

I’ll share one of Green’s many stories from the courtroom to illustrate the point. It involved an intellectual property case in Texas.

“A juror comes into court in a coat and tie. He’s wearing a tie chain. Well turned out for a country setting. He’s about 60. Retired. Does some farming and ranching. He had been a foreman on a jury before. If we lose him, we know we’re in deep trouble. If we win him we may not necessarily be ok. But if we lose him, he’ll take the rest of the jury with him.”

Green and others in this business have told me most jurors are followers, along for the ride. You can make your argument to the followers until you’re blue in the face and lose your case. That’s true in many fields. Your job in selecting a jury is to identify the one or two or three men and women who can persuade the others.

This is exactly what a young 34-year-old attorney told me for my story yesterday. 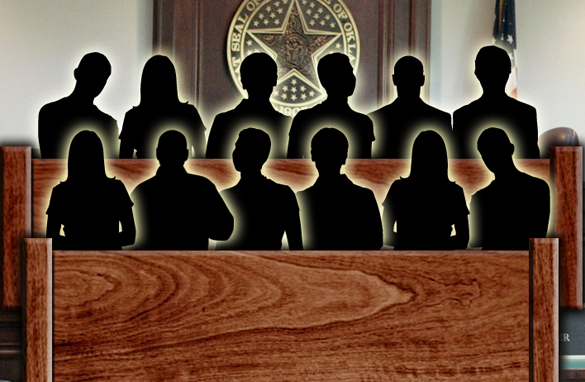 But, as I said then, I wanted corroboration from more experienced hands. Doug Green is 52. And he not only gave me corroboration that influencers tend to be older, he actually took away some of my trepidation about looking older.

Do You Want to Look Older or Younger?

I asked Green whether he has more influence now that he’s in his 50s.

I don't get it. I have lots of gray hair I'd gladly give Green.

“In my business,” he said, “the older you get the smarter you’re perceived to be. Part of it is real.”

“Am I smarter than I was in my 20s and 30s and 40s? Yes. More experienced? Yes. But not in proportion to the credibility I get.”

And so, for Doug Green, and many of you out there, age often = influence. But not always. I’ll explore that tomorrow.

Whatever Happened in the Texas Case?

By the way, Doug Green’s side lost that case he mentioned in Texas. But he and his colleagues feel the verdict had a small adverse affect on his client who had to pay much less money than what the opposing side – the plaintiffs - asked for. It would have been much worse, the Green team felt, were it not for what they believed to have been the support of that well-dressed older juror.

One more thing. I called Doug Green back before I posted this because I was confused about one detail in his Texas anecdote. According to my notes, he had told me the 60-year-old well dressed juror was retired. He also said the man does farming and ranching. Were my notes sloppy, I asked Green? How can you be retired AND be a farmer and rancher? Green’s answer: “You clearly haven’t spent time in Texas.”

He’s right. Now I know that farming and ranching is a hobby for many retired Texans. Buy some inexpensive land. Grow some grass. Graze some cattle.

As I’m about to turn 50, I know something else. I still have a lot to learn.

Tomorrow, at 50on50:  The youth exception – Why jury and audience influencers don’t always skew old. Will tomorrow’s piece revive the dying 18-49 demo? I doubt it.