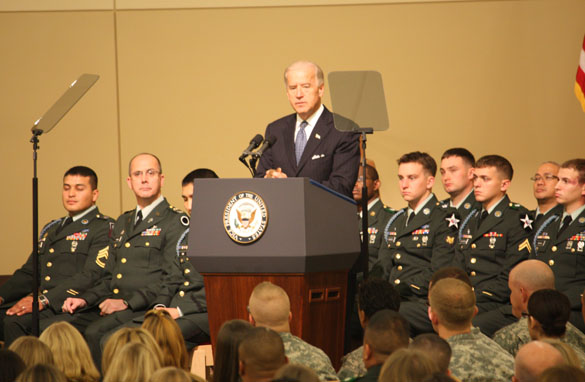 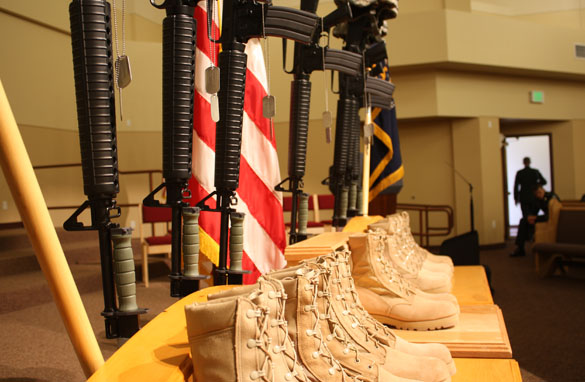 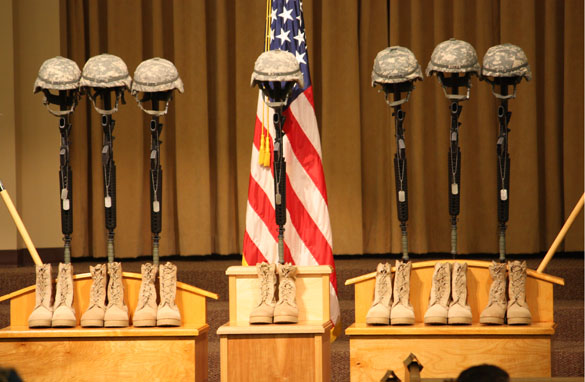 "I along with the rest of our platoon and company will miss these guys, said Spc. Chas Clark, his left eye bandaged from a September bombing in Afghanistan. "We will everything we can to honor their memory."

Speaking of his friend and fallen soldier, Spc. Jared Stanker, Clark said, "He was a skinny guy with a good sense of humor, any thing that was thrown his way, he would master it. Be it weaponry, driving a Stryker, video games, anything."

“Today we mourn, tomorrow we get right back into action,” the soldiers’ commander Lt. Col. Jonathan Neumann wrote, “Using their memory to harden our resolve to finish the task assigned us: to defeat the enemy of our nation in an area where others haven’t been able to.”

Another soldier read the commander’s words at the ceremony Tuesday. Neumann is still deployed in Afghanistan.