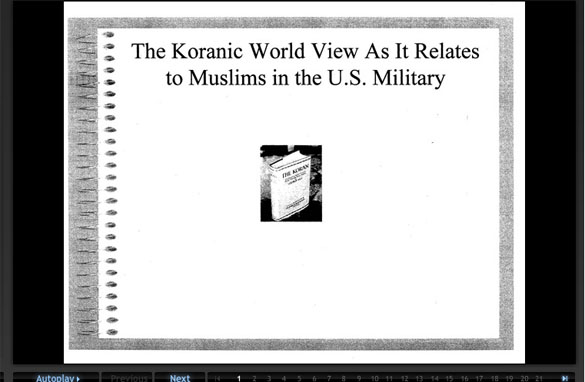 Maj. Nidal M. Hasan, the Army psychiatrist believed to have killed 13 people at Fort Hood, was supposed to discuss a medical topic during gave a presentation to senior Army doctors in June 2007. Instead, he lectured on Islam, suicide bombers and threats the military could encounter from Muslims conflicted about fighting wars in Muslim countries.