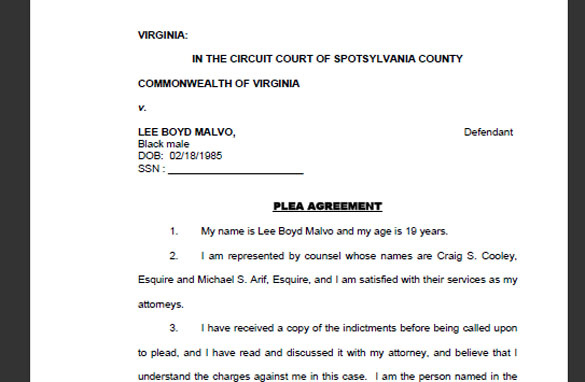 'DC Sniper' John Allen Muhammed is scheduled to be executed tonight for his role in the shooting spree that in the fall of 2002. Although his accomplice Lee Boyd Malvo will spend the rest of his sentence behind bars as he agreed to a plea deal with prosecutors in which he confessed to shooting thirteen people, eight fatally. Malvo is serving a 99 year sentence.