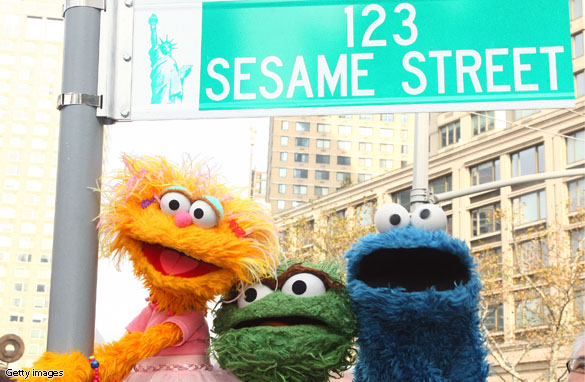 "A sign of the times: The first ever unemployment line on Sesame Street."

"Unfortunately, Miss Piggy could not attend due to swine flu , so in her honor, today's event was brought to you by the letters H and N and by the number 1."