Al Gore attends the launch party for his new book 'OUR CHOICE: A Plan To Solve The Climate Crisis' at the American Museum of Natural History on November 3, 2009 in New York City. (Getty Images) 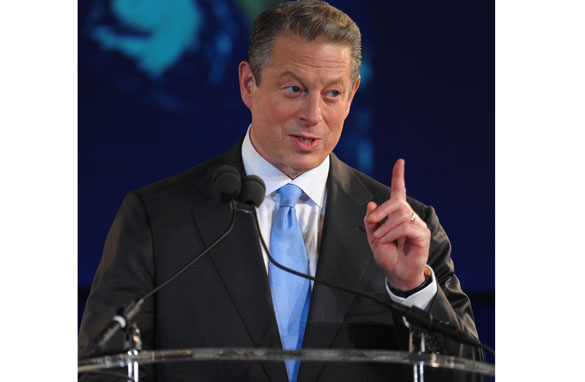 "Having won every other award, Al Gore goes for an Emmy as a TV weatherman."

"Al Gore poses for Madame Tussaud's, then promptly melts from the effects of global warming."