In Maine today, voters will decide whether or not to repeal a state law that would allow same-sex couples to marry. Both sides are expecting a razor thin margin of victory and early polling shows it’s too close to call. People from all over the country are watching out for the results, and donating money to try to influence it.

Take a look at these maps, from the organization 'Freedom to Marry' on the status of same-sex marriage by state: 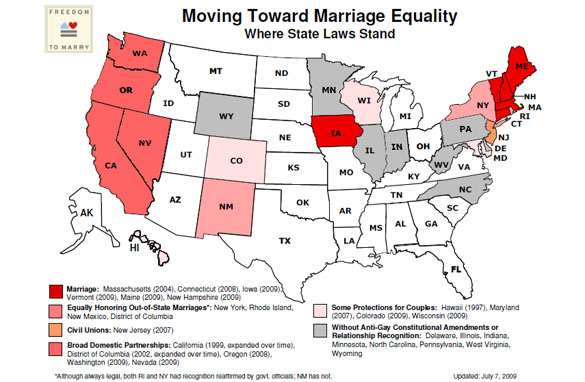 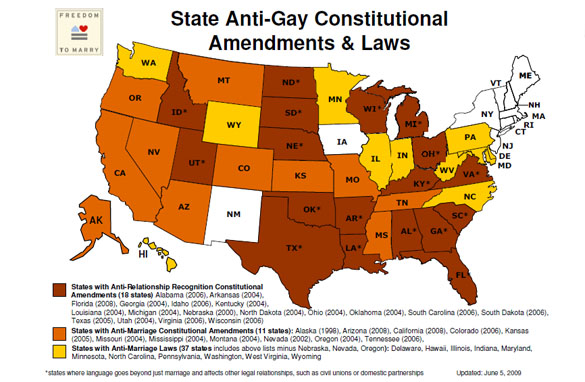