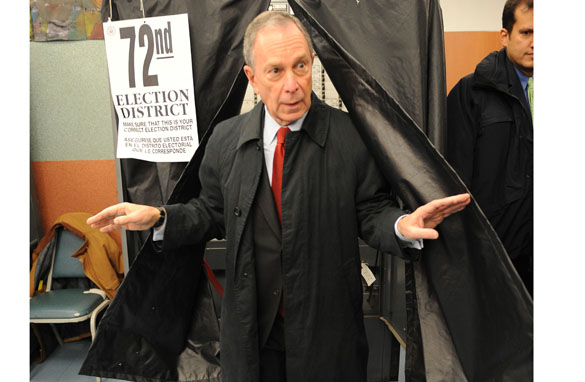 "Billionaire Mayor Mike Bloomberg storms out of a voting booth, angry that it's not coin-operated."

"That was the most expensive 90 seconds of my life."