Interactive: Did the stimulus short-changing states with high unemployment? 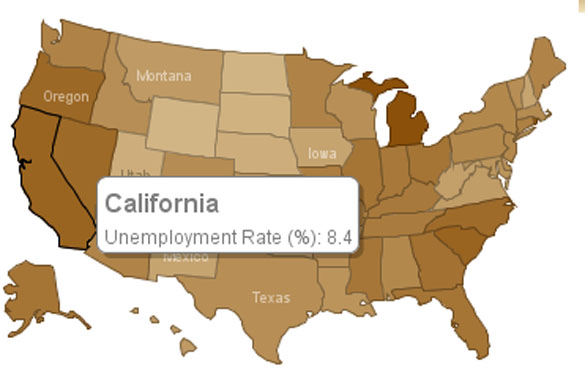 The money in the stimulus bill slated for transportation and infrastructure–a touch under $100 billion– was supposed to be one of the stimulus’ biggest job-generators. In February, ProPublica crunched the numbers and found that the higher a state’s unemployment, the less money it received.

Click here to track the stimulus from bill to building.